Together for Cambodia – TFC 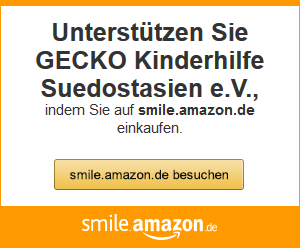 With our projects and emergency aid we help countless children. In order to be able to assist you as professionally as reliably, we depend on regular donations – for example, to plan surgery missions or to provide basic water and sanitation. Support us permanently helps to save lifes. Already with ten euros a month you make an important contribution to alleviating hardship.

If you would like to support our work on site as a volunteer, please contact us. We will gladly answer all questions in a conversation.

Our goal is to provide development assistance and support to vulnerable people, children, young adults and families, primarily in Southeast Asia. We support and promote educational and sports projects, take care of medical projects, advice the introduction of aid projects on site.

Help the children in Cambodia with your donation!

We stand for complete transparency. All information about Gecko, its projects and the annual activity reports can be viewed on our website.